Summary of the day

For the first time since 2019, over 100 people in the PTENUKI community joined together in person for a day of learning, sharing experiences and building relationships as part of PTENUKI Patient Day 2022. The day was held in the Oxfordshire countryside and hosted by the HealthScience communications consultancy Oxford PharmaGenesis. PTENUKI Patient Day 2022 brought together people with PTEN hamartoma tumour syndrome (also called PTEN or PHTS) and their families, healthcare professionals specialising in PTEN and researchers advancing the field of PTEN care. From start to finish, the atmosphere at the event was buzzing with new ideas and hopes for the future.

Since the last in-person Patient Day, there has been great progress in both the PTENUKI charity and in PTEN research. There have been exciting developments in PTENUKI in the recruitment of their first employee, Kelly Kearly, and the charity is actively looking for new board members and a chairperson. Throughout the COVID-19 pandemic, PTENUKI has supported families with PTEN through kindness grants and ideas for new, specialist PTEN clinics have been generated. The PTEN clinics are an important part of the charity’s 5-year plan, and fundraising is vital in putting these into action. Throughout the day, PTENUKI emphasized that they wanted to hear the experiences of people with PTEN and their families, to inform future decision-making and continue to build a united community to improve PTEN care.

In PTEN research, there have been many new developments. Talks sharing these findings were given by specialist PTEN healthcare professionals and researchers. Topics such as improving our understanding of rare conditions like PTEN through a genetic registry, autism in PTEN, gut and immune health in PTEN, and improvements in genetic counselling were covered. Breakout rooms provided space for reflective discussions between people with PTEN and healthcare professionals, sharing knowledge of the lived experience of PTEN and how this could translate into future improvements in clinical care.

Alongside the informative sessions, this day provided a great environment for people with PTEN and their families to reconnect, make new connections and share their experiences. Through the united strength, support and insights of the PTEN community, there is hope that the goals for improvements in PTEN care can be met.

The day started with a warm welcome from Chris Winchester of Oxford PharmaGenesis, the HealthScience communications consultancy that hosted the event. Chris encouraged the guests to make the most of PTENUKI Patient Day 2022 by learning from and building connections with each other, as collaboration is key to transforming the lives of people with rare conditions such as PTEN. He finished his welcome with empowering words: “Never doubt your power to change the world”.

Next, the PTENUKI Manager Kelly Kearly gave a brief update on how PTENUKI has been helping the PTEN community over the past few years. Since the last meet-up in 2019, the charity has given 15 COVID-19 kindness grants to adults and children with PTEN to help with their education, equipment, essential items, mental health and well-being. These grants provided day trips, iPads, tricycles, beds and a laptop, for example.

The PTENUKI charity has recently also had some exciting new developments. In October 2021, Kelly became the first PTENUKI employee. Going forward, the charity wants to recruit more board members as well as a chairperson to help drive the changes that will improve the lives of people with PTEN. For example, in the next 5 years PTENUKI would like to set up a national clinic for people with PTEN, where they could see all their doctors and specialists in one place. This ‘one-stop’ PTEN clinic would be funded and run by the NHS in the future, but PTENUKI first needs to run a trial clinic to show that it can address the needs of the PTEN community.

“How can we help our community?” (Kelly Kearley)

How can you help?

If you would like to help PTENUKI set up a ‘one-stop’ clinic where people could see all their PTEN doctors and specialists, please get in touch here: [contact information].

PTENUKI would like to know what you need from a ‘one-stop’ clinic. Anything you can tell them will help them design the best clinic possible. For example, you can let them know:

You can also help raise money for PTENUKI to help them fund the trial clinic. Here are some examples of how you can help with fundraising:

Information about the PTEN Registry

Why do we need a PTEN registry?

Thomas Pepper is Chief Executive of the charity PTEN Research. In this talk, he gave an update on the research projects PTEN Research has been supporting.

What is PTEN Research and what does it do?

PTEN Research is a UK-registered charity that funds and supports medical research to find new and better treatments for PTEN. It was founded in 2017 and currently supports 19 research projects on PTEN across the world. The findings of the research projects will be published in academic journals so that the whole PTEN community can learn about them. Some of the current projects include:

Watch this video to learn more about these projects and how collaboration between patients, researchers, healthcare authorities and pharma companies is important for finding PTEN treatments.

Findings from the University of Leicester’s research into behavioural, developmental and psychological characteristics in children with PTEN

Overall, they found that 60% of children with PTEN had a diagnosis of a learning disability or a developmental delay. The children had a broad range of communication skills and social skills, however they were particularly good at daily skills such as using technology and looking after themselves.

There were 8 children who had a diagnosis of autism spectrum condition, also called ASC. Overall, 80% of children had some difficulties in learning and development, or in their social skills linked to ASC. Interestingly, these children had fewer difficulties with social interactions than children with ASC who do not have PTEN.

The researchers also studied how many children with PTEN have anxiety or display challenging behaviours, as well as the well-being of parents of children with PTEN. You can learn more about these findings by watching the video of this talk.

Genetic counselling – Why does the talking matter?

Watch this video to learn more about these projects and how Dr Frazier is developing new ways to gain a better understanding of autism in PTEN.

Risks and current recommendations for bowel care in PTEN

Dr Andrew Latchford, Consultant Gastroenterologist at St Mark’s Hospital in Harrow, joined us via a video to tell us key things about endoscopy and PTEN hamartoma tumour syndrome, also called PHTS or PTEN.

PTEN (or PHTS) describes several disorders caused by changes in the PTEN gene. A change in a gene is also called a mutation. People with PTEN have many tissue growths in different parts of the body that look like tumours. These growths are called hamartomas and are not cancerous. Doctors may use endoscopy to check the health of the body and any tissue growths. Endoscopy is a medical procedure that uses a tube with a camera to look inside the body.

People with PTEN often have tissue growths in their bowel called bowel polyps. Most bowel polyps are not cancerous, but some may develop into cancer if they are not treated.

What is the risk of bowel cancer in people with PTEN?

Because PHTS is a rare condition, it is difficult to know the exact risk of bowel cancer in people with PHTS. Researchers estimate that the overall risk of a person with PHTS getting bowel cancer at some point in their life is 10% compared with 6% for the general population.

Doctors also suggest that people have a colonoscopy done by a specialist in PTEN . This is to make sure that the doctor knows enough about PTEN to interpret the results of colonoscopy correctly.

Holm Uhlig is Professor of Paediatric Gastroenterology at University of Oxford. In this talk, he explained the role of PTEN in immune responses.

In this video, you can learn more about different type of gut problems that some people, including children with PTEN have, and how some of these problems may be treated with medicines that are currently used for other diseases.

Following the talks and breakout sessions, a panel of PTEN professionals gathered to discuss any questions raised by attendees This open conversation spanned several different themes.

There was further discussion of PTEN clinic ideas. The importance of community voices to inform future decisions on how these could best be run to support people with PTEN was highlighted. The potential options on how these clinics could be run and the prospect of hopefully securing an NHS funding route was also covered.

Support for children and young people with PTEN was also discussed further. This included supporting children with education about PTEN through the potential training of school staff, and the need to understand further the needs of children with PTEN, through PTEN community voices. Young people aged 16–30 with PTEN can sometimes be overlooked in terms of receiving information and community support compared with the more established support for young children and older adults with PTEN. Ideas to help tackle this included community support through the PTEN network on social media, setting up peer support and building relationships at events.

Following on from this, the importance of having an understanding of medical information in building trust between people with PTEN and doctors was highlighted. This included considerations of when medical jargon may or may not be appropriate in conversations with people with PTEN, especially considering the individual differences in knowledge about PTEN from people with this condition – some people may be experts on their condition while others are new to this field.

Consistently, the key message in all these discussions was the importance of building the PTEN community, sharing voices and providing support to each other to drive forward PTEN care and support.

You can watch our video about the day below: 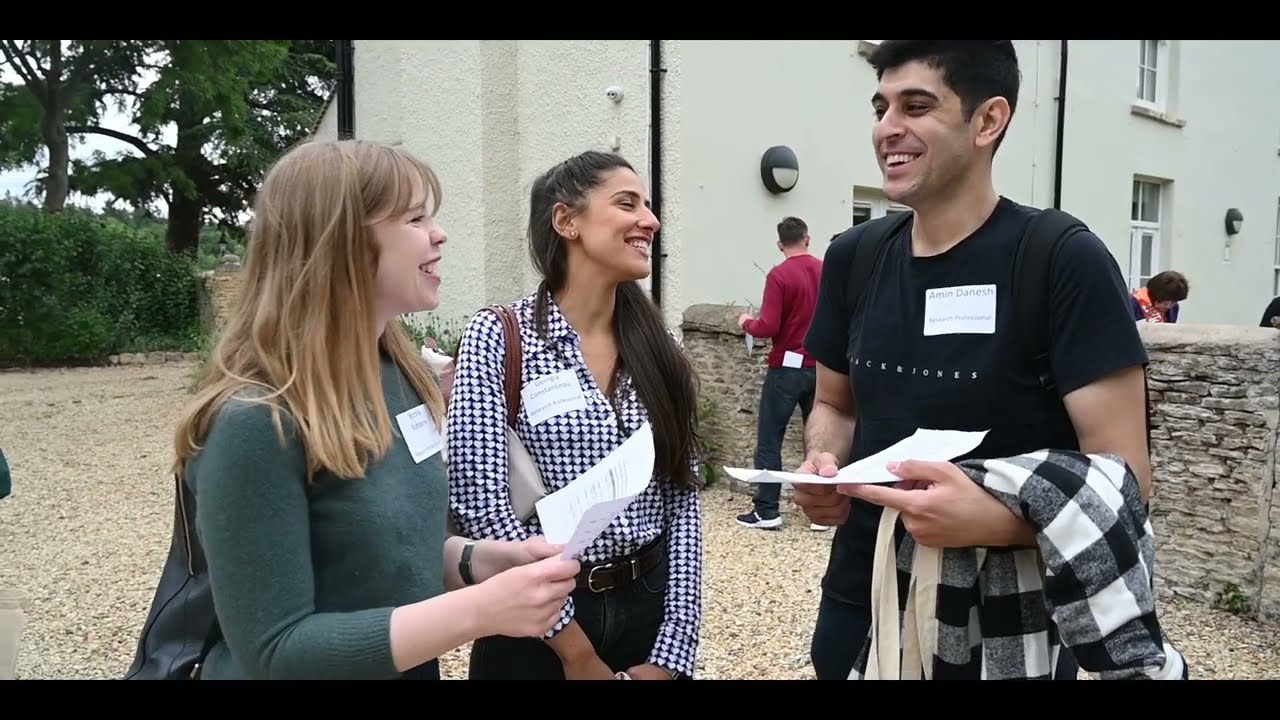