The fourth national PTEN / PHTS patient day held on 24th November 2018 was attended by over 80 people. Once again Salesforce kindly provided the venue and staff to host the day at Heron Tower in London, providing a fantastic opportunity for people to make new friends, learn more about PHTS, and take part in a variety of sessions.

Welcome address – Ian Stock, Chair of Trustees of the newly founded PTENUKI patient group, welcomed all present and set out the agenda for the day. Ian reminded us about the aims of the charity:

and introduced the other charity trustees, including Colette Knight who was recently appointed as Trustee for Care & Support.

Fundraising – Kelly Kearley, Trustee for Fundraising, reported that the charity had raised £11k so far from Jeans for Genes, corporate sponsors and individual fundraising efforts. The charity has a MyDonate link on the website, https://mydonate.bt.com/charities/ptenuki where money can be donated. People can also raise money when shopping through Amazon Smile. For the future the charity will be applying to the National Lottery and Children in Need for funding and that local funding activities could be organized to raise funds and the profile of the charity. The money raised will be used to produce more information leaflets and videos, fund research initiatives, and provide more support to patients and carers, including attending awareness-raising events. This year a number of people had received assistance with expenses related to attending the Patient Day, without these funds they would not have been able to attend. 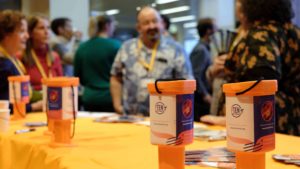 Technology – John Pemberton presented on website traffic showing engagement and interest in various topics on the site, and also about our new email addresses (e.g. info@ptenuki.org) and that we are going through setting up a Facebook Donate button.

Care & Support – Colette Knight gave an update on her plans for a new buddy scheme and that regional reps and meet-ups would hopefully be starting in the new year.

Four breakout sessions below were held during the morning, which resulted in lots of useful information being shared, sources of support identified and follow up networking groups discussed. 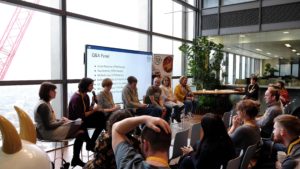 A wide range of topics were covered including details of Genetic Counselling that can provide a wide range of support from learning about a genetic condition, understanding associated risks, advice on whether other family members are affected or if you want to have another child, to talking to your children, discussing genetic testing and understanding test results. You can ask your GP and/or your geneticist to be referred to a Genetics Counsellor, and one of the key takeaways from the session was that you can ask to be referred as many times as you need, even after diagnosis, for help with children as they grow up or adults facing new symptoms and issues. Exciting news was announced that Dr Marc Tischkowitz at Cambridge University had received funding to establish a PTEN Patient Registry to gather information that Researchers and Clinicians would be able to use to increase their understanding of PTEN. The Charity will be providing updates on this to enable patients to be recruited as soon as possible. Information was also provided about a current trial in the U.S. of a new drug to help those with learning disabilities, a number of attendees were taking part in this trial. A new resource need that was identified was advice for those affected by bullying, this information will be published on the website to be passed to schools and colleges when needed.

After a lovely pizza lunch, we heard inspirational patient stories from Yvonne Maureen and Charlie Richards. The text from these stories will be published on the website in blogs section of the website https://ptenuki.org/blogs/. This was followed by a speed dating session where people had a chance to meet people they had not spoken to before – this resulted in lots of interesting conversations.

For the final afternoon session, six information zones were set up where people could speak to the experts and trustees to find answers to specific questions they had. The zones were: Research and Trials, Fundraising, Clinical / Medical, Care and Support, Care & Support, Patient Group & Awareness. 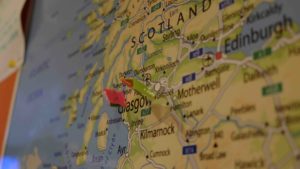 The day ended with many new friendships formed and pledges made to keep in touch. Those attending had been asked to show where they had come from on a large map and it was hoped that clusters of people would be built up to form regional groups. Collette Knight, Trustee of Care and Support, will be taking this forward in the New Year. 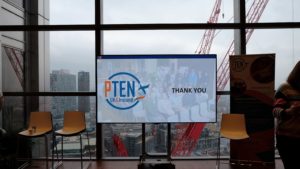 A huge vote of thanks was given to Ian and the Trustees for all their hard work in organizing an amazing day, and requests for another patient day the following year. Luke and Jack from Catch More Media were thanked for videoing the day – the videos will be published on the website soon. Also Adrian Stock was thanked for taking all the photos on the day once again. If you’d like to get copies of any of the photos from the day please contact Ian Stock on info@ptenuki.org, or request to join the PTENUKI Private Facebook Group.

Slides for the day can be found here: